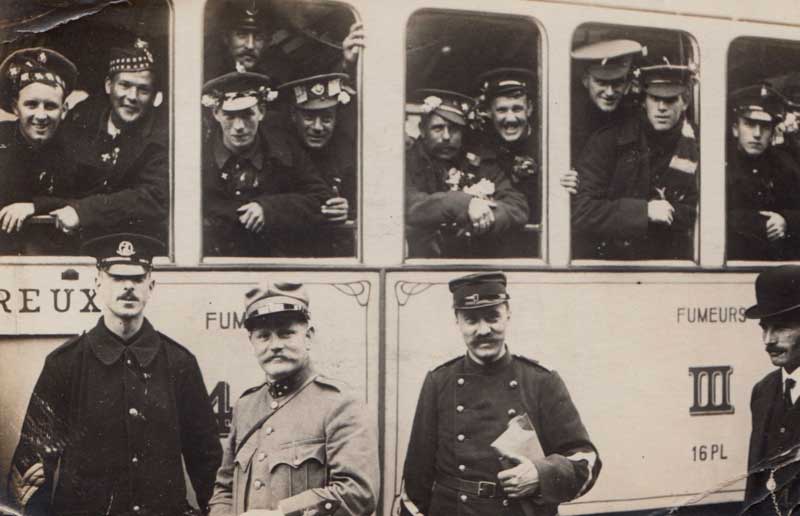 On Sunday 29, and Monday 30 May 2016, St. Peter’s Church, Château d’Oex organised a WWI centenary event to remember the sick and wounded prisoners of war, from many nations, who were transferred to Switzerland for internment, under the auspices of the Red Cross (ICRC).

The centenary was timed to coincide with first contingent of 700 British soldiers, who arrived in Château d’Oex for internment on 30 May 1916.

This event was an occasion to better understand the last two years of the 1914-1918 war,  when, as part of Switzerland’s humanitarian policy,  some 68,000 wounded and sick soldiers were transferred from prisoner of war camps to neutral Switzerland for internment.

We were able to learn more about the lives of these soldiers during the time they were interned in Switzerland, the  role and work of the ICRC who helped prisoners of war all over Europe and the local communities who provided such a warm welcome.

The British Minister, Mr. Grant Duff, had this to say about the welcome accorded to soldiers arriving in Switzerland.

“..it is difficult to write calmly of it … for the simple reason that I have never before in my life seen such a welcome accorded to anyone..”

“Our men were astounded at the welcome, many were crying like children, a few fainted with emotion. As one private said to the British Minister, “God bless you sir, it’s like dropping right into ‘even from ‘ell…” 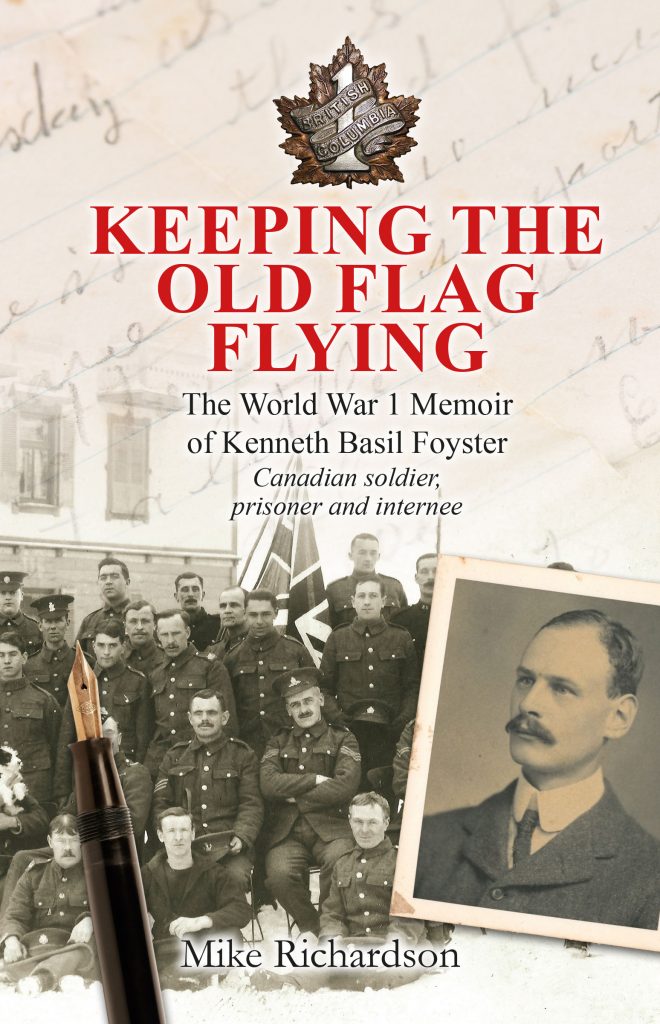 Mike Richardson is a British author whose book, Keeping The Old Flag Flying, centres on the detailed and considerable World War 1 memoir of Canadian soldier Kenneth Foyster. Kenneth’s wartime experiences were unusual, and included imprisonment in Germany, followed by a long period of confinement in the mountains of Switzerland.

Kenneth hailed from England, but emigrated to Canada in the early 1900s, living in Victoria, British Columbia where he sought work as a mining engineer. There was no work to be had so instead, he joined the militia as a soldier. Thereafter, he served with the 7th (1st British Columbia) Battalion of the Canadian Expeditionary Force. The war took him to England, then on to the Western Front where he was wounded and captured during the 1915 Second Battle of Ypres. Having endured a prisoner of war camp in Göttingen, he arrived ultimately in Mürren in the Swiss Alps as a military internee. The book contains unique information about this little-known form of Allied incarceration. At the end of the war, Kenneth returned to Canada.

Mike has included Kenneth’s wartime memoir in its entirety. Kenneth describes the various stages of his adventures frankly, intensely and energetically, and his account contains a wealth of new detail that will be of interest not only to Great War cognoscenti, but also to anyone who wishes to know more about the activities of the Canadian Expeditionary Force and aspects of that conflict, imprisonment and internment, that are seldom portrayed. His memoir comprises a significant study resource in its own right. Mike has taken this account and put it into the context of contemporary world and military events, making it attainable for those with limited military knowledge. His book makes a fascinating and informative insight into one man’s military adventures; from the woods of British Columbia, to the intensity of the battlefield, and on to the snowy highlands of the Alps.

‘Keeping the Old Flag Flying’ can be purchased as a paperback or as a digital download via your App Store, including Amazon Kindle and Apple Books. The paperback is available through a wide range of online booksellers, including Amazon, Barnes and Noble and Waterstones. The Book Depository offers free delivery worldwide.