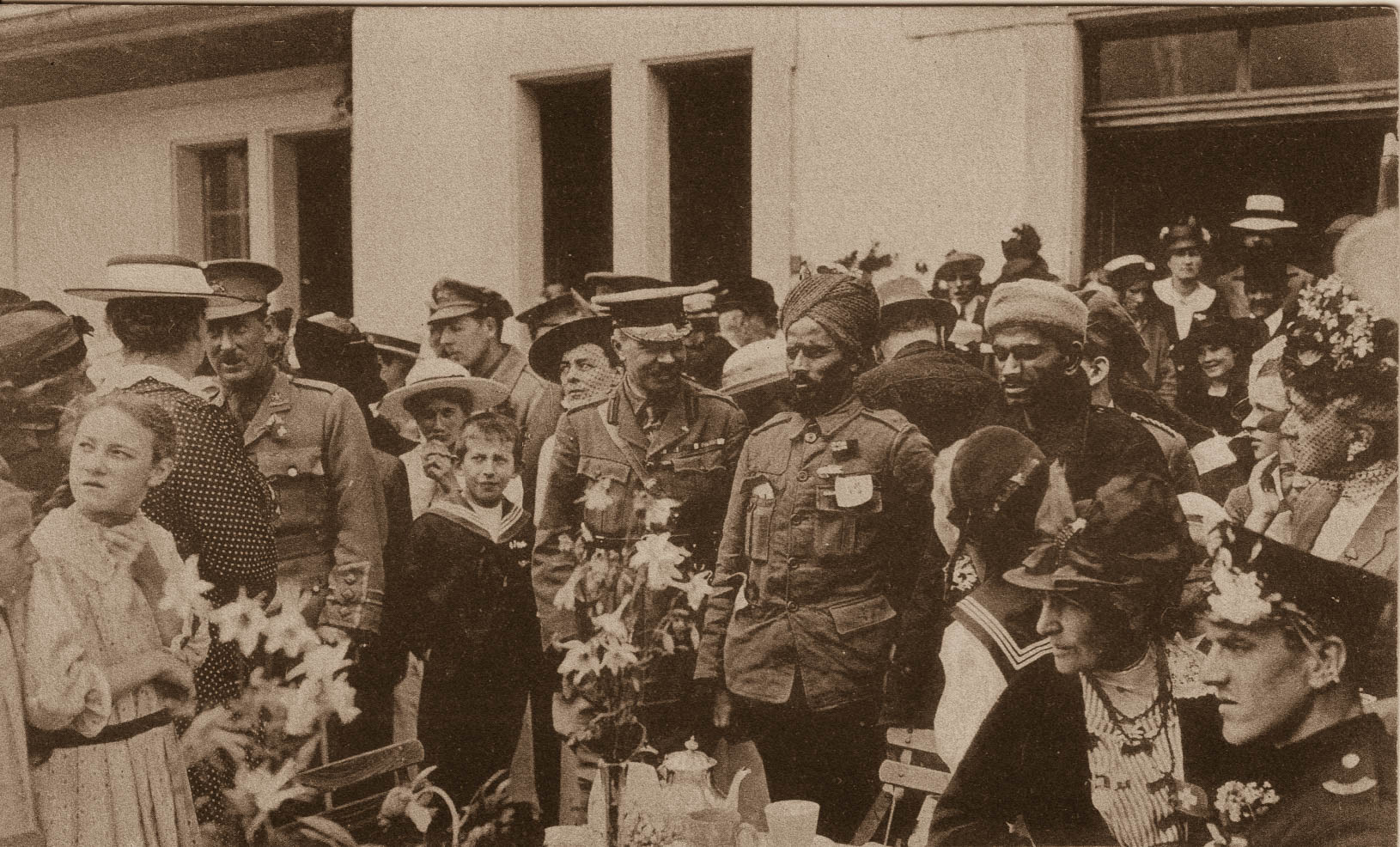 The following dispatch from the British Minister at Berne is forwarded for ‘publication:

Sir,
In my former telegram I had the honour to report the wonderful reception of our soldiers by the Swiss.  It is difficult to write calmly about it for the simple reason that I have never before in my life seen such a welcome accorded to any one, although for the last twenty-eight years I have been present at every kind of function in half the capitals in Europe.

Colonel Picot, who came with the first train, reports that within sight of the German sentries the cheering began. At Kreuzlingen, Zurich, Olten, Berne, Fribourg, Lausanne, Montreux and Chateau d’Oex thousands upon thousands of people crowded the platforms, pelting the soldiers with flowers and pressing into their hands every conceivable present, useful and useless.

At Zurich the scenes are described as not less enthusiastic than in French Switzerland.

I enclose herewith a description of the reception at Berne by Mr. Goodhart, who, in the absence of Lord Acton through illness, repre- sented me at the station.

At Fribourg the cheering is described as having been quite deafening.  At Lausanne some ten thousand people, at 5 a.m., were present at the station.

At Montreux breakfast was served. Mr. Cuenod, the British Vice-Consul, made a speech. Montreux is a well-known British centre. The reception was one of unbounded enthusiasm.

The train reached Château d’Oex about 10 a.m. The day before the Prefect issued a notice that everyone was to wear his best clothes. Every house was hung with flowers, and Swiss and British flags and garlands were stretched across the streets. Behind the station, tables were laid in the open for several hundred persons. The peasantry for miles round came in, and the school children were massed all down the line waving flags. The Member of Parliament for the district, the Prefect and Municipality, many officers, numbers of doctors and stretcher bearers were present. The station was covered with flowers and wreaths, with a large inscription of welcome in English. As the train slowly drew up the scene was really extraordinary. While the band played ” God Save the King,” the soldiers, covered with roses, carrying armfuls of presents, some in tears, some actually fainting with emotion, gradually left the train. First those who could walk were conducted through a lane of cheering people to the tables laid out for them. Then those who were very ill were brought in on stretchers, and, half-smothered in flowers, were quickly taken off by the Red Cross attendants to their quarters.

When the officers and men had finished their breakfast, Mr. Favrod-Coun, the local Member of Parliament, in a few kindly words welcomed the British prisoners of war to Chateau d’Oex.

I then addressed the Swiss in French and then our men inEnglish. Afterwards I called for three cheers for Switzerland. I do not suppose since the beginning of the world cheers were ever given more heartily. They were the cheers of men who had come out of great tribulation and who had been received in a manner I at least have never seen equalled. .

The second batch of men arrived at Chateau d’Oex on Wednesday. In spite of the weather their reception was just as cordial. They were entertained in a large gymnasium near the station. There were no further speeches, except a few words of welcome from me, and three cheers for Switzerland which must have en- dangered the roof.

It is impossible to avoid the impression that this extraordinary reception of our men was a national demonstration in favour of England. If William Tell had been reincarnated, and had made a triumphal progress through the country, I do not see what more could have been done.

Our men were simply astounded, and naturally so, after being many of them treated with every obloquy for two years or nearly so. Many of them were crying like children, a few fainted from emotion. As one private said to me,”God bless you, sur, it’s like dropping right into ‘eaven from ‘ell.”