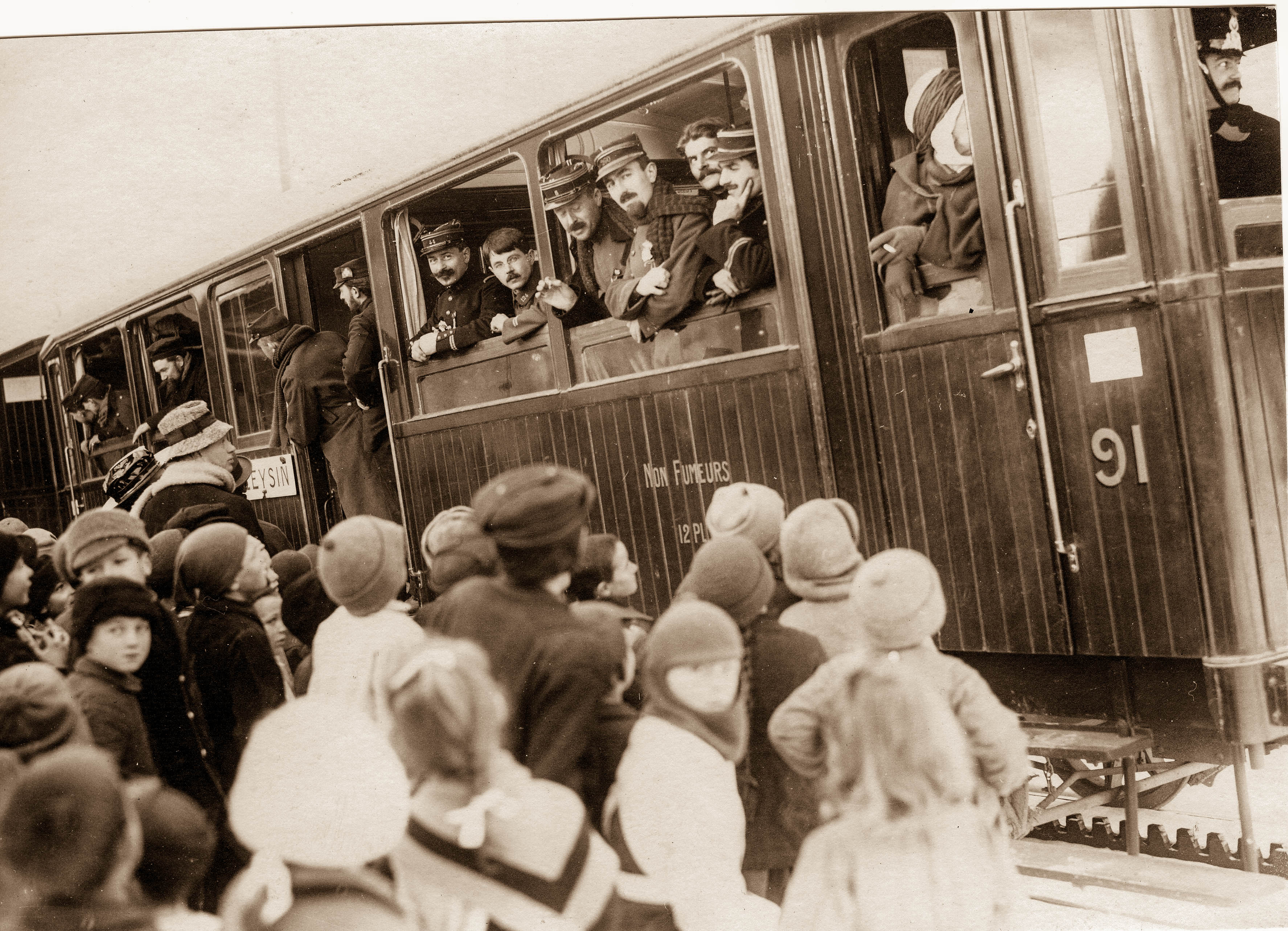 “On my own behalf I would like to express my gratitude to Guy Girardet who, with the unstinting support of his wife Libby, has been the engine behind this weekend of events.  Without their enthusiasm and commitment it would simply not have happened.  Guy’s initial inquisitiveness, followed by his research and accompanied by his enthusiasm has made this possible and galvanised many us to make this a reality. Thank you Guy!”

As 100 years ago, the speakers at this bilingual commemoration event spread over two days included their Excellencies  M. Charles-Andre Ramseier,  Mayor (Syndic) of Chateau d’Oex and Mr. David Moran, the British Ambassador to Switzerland.

Descendants of internees were present as well as local and foreign current residents of the region.

All the Regiments whose soldiers arrived at Chateau d’Oex in 1916 were represented by Lieut Colonel T. Evans.   A letter of thanks to the Swiss village was read on behalf of the fifteen British regiments present this day in 1916;  as was a poem ‘Now and Then’, penned in 2016 by descendant Paddy Jackson.

THANK YOU LETTERS FROM 15 BRITISH REGIMENTS

The organisers of this event have received letters from 15 British regiments.  On behalf of all these regiments, I now read the following message:

Would you kindly convey our gratitude to the people of Chateau d’Oex and the neighbouring villages and to the Swiss nation, for the hospitality and care bestowed on our 4000 British internees.  These soldiers received a warm welcome in Switzerland from 1916 up until the armistice in 1918.

Monsieur, le Syndic, as Mayor of Chateau d’Oex I would ask you to accept this bouquet of flowers, as an expression of affection for all those who contributed to their healing and their peace, and who also enabled them to rebuild their shattered lives in this quite magnificent place.

With our most sincere best wishes,

Read by Susie Kershaw, granddaughter of Captain Cyril Edward Jolliffe M.C. of the Cheshire Regiment, in commemoration of the centenary of the arrival of the first British internees in Switzerland in 1916.

Accompanied by other descendants:

Poem: ‘Now’ and ‘Then’ by Paddy Jackson

Remember now these tired men,
Together gathered, ‘Now’ and ‘Then’.
From Flanders fields to Chateau d’Oex’,
Routes entwined they led the way.
Cross the border, silent order, ‘free’.
Flower showers, children, cups of tea,
‘Hell to Heaven’, love, laughter too
The first of many, ‘Thirty Two’.
Now dream, ‘their’ men that peaceful lie,
Lives cut short, too young to die.
While warm at last in feathered beds, no lice,
They rest their heads in ‘Paradise’.
‘Thirty Two’ tired men,
Remembered ‘Now’, Remembered ‘Then’.