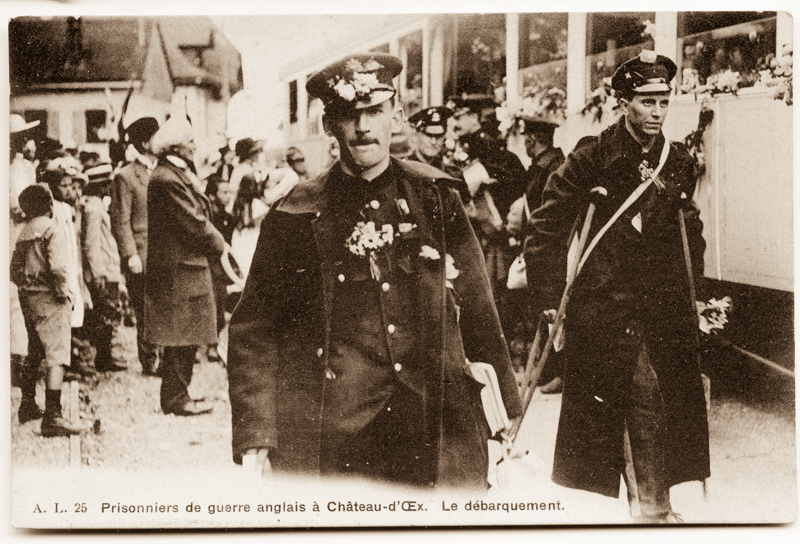 “On leaving Friedrichsfeld we passed through the Essen district to Cologne and from there right up the Rhine Valley, picking up other parties as we went. Our train stopped for the night at Darmstadt, where we were joined in the morning by another train, which had come from North Germany. A big train of about twenty coaches then proceeded via Karlsruhe and Baden across the Black Forest and on to Constance, which we reached in the early morning of the 27th. It was a trip that in peace time would have been much appreciated, embracing as it did the famous stretch of the Rhine between Cologne and Mayence, and also the equally renowned Black Forest district, but although we admired the scenery we were more concerned in noting the state of the crops and the extent to which cultivation had been carried on the hillsides. There were no demonstrations anywhere along the line until we got to Constance where the population were distinctly hostile, no doubt because we were the first batch of British prisoners they had seen. We were examined there on Saturday and left at 8.40 on Monday night.

An order was passed down the train by the senior officer to make no demonstration and we left the station in perfect silence on both sides, the civil population being then well under the control of the police. The Swiss frontier is only a few hundred yards outside and as we crossed this there was a great cheer from the train and also from the Swiss people waiting there to receive us. This was the commencement of the most wonderful reception I have ever seen. All down the line the people of the various villages were on the stations cheering, waving flags and singing, and packages of all sorts began to come in through the windows. At Zurich, our first big stop, which we reached about 10 p.m. the platform was filled with ticket holders and thousands were lined up outside. People on the platform came forward with cigars, cigarettes, fruit, picture postcards, all sorts of things which they showered upon

Again at Berne, where we went out and had coffee and rolls about 2 a.m., the same thing occurred, while at Lausanne about 5 o’clock, the platform was so packed that they could not move and threw the packets into the carriages from where they stood.

At Montreux we got out, left our baggage on the station and went to the Palace Hotel opposite where we had breakfast on the terrace overlooking the lake. Here bands played, speeches were made and the reception was greater than I have ever seen paid to royal personages.

We then entered the electric railway train and reached Chateau D’Oex about two hours later, after a fine journey up the mountains with wonderful scenery. At Chateau D’Oex another reception, bands playing, children singing and another breakfast, after which we were told off to our hotels

I will have to leave a description of this place to another letter, as I have no more time at present. I have been put in charge of this hotel and there is naturally a lot of work to be done to get things running smoothly. I feel very fit, eat well of first- class food, sleep well and rise early in the morning. I have been ordered the sun cure. I think the Doctors here are very good and at any rate the fine air and good food should help a lot. We are 1,000 metres above sea level.” 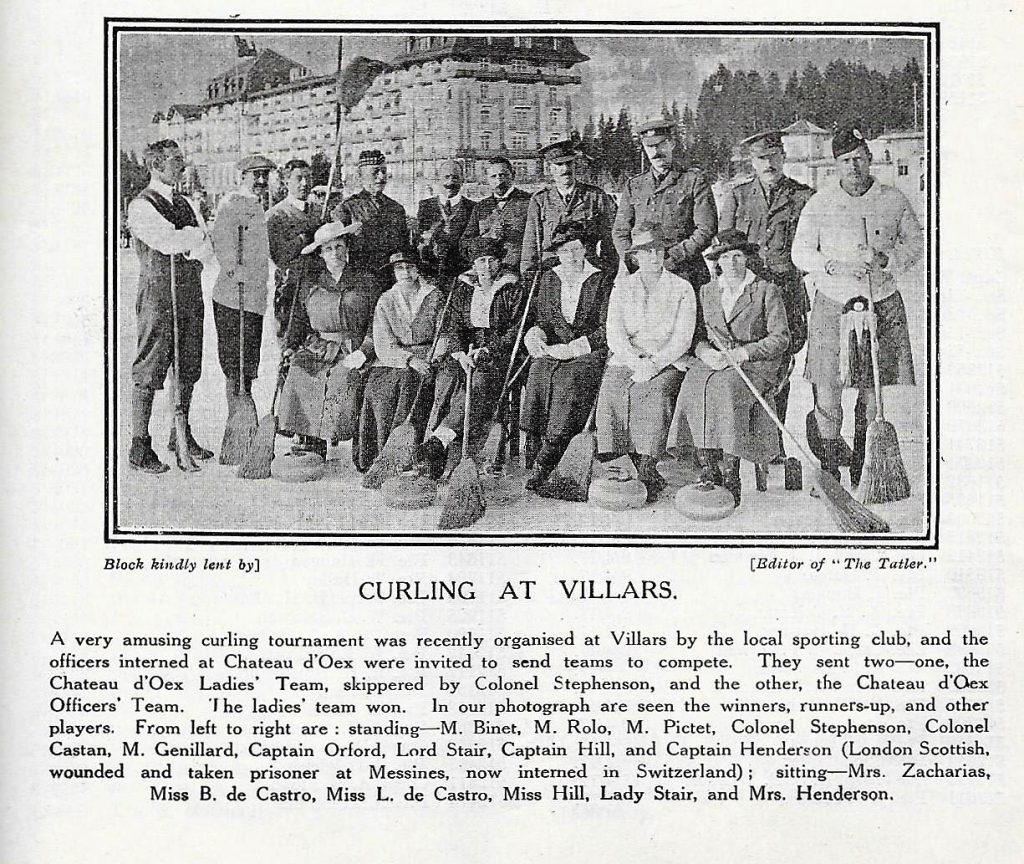 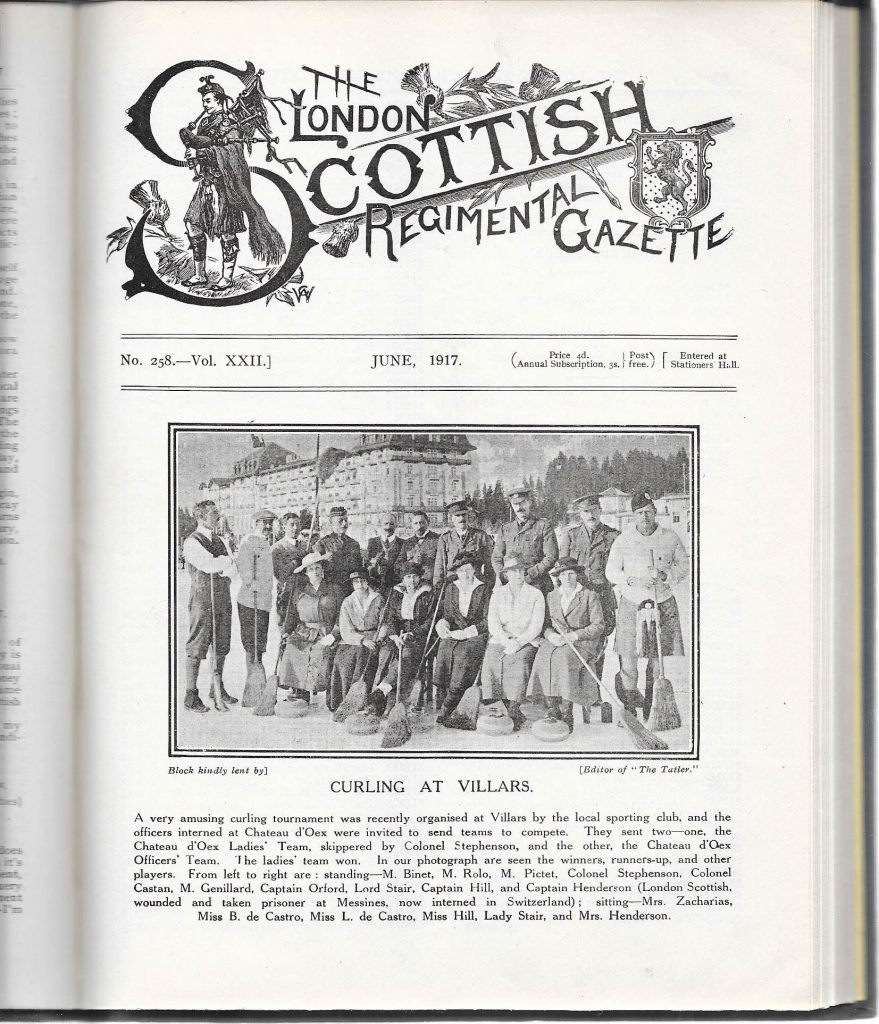 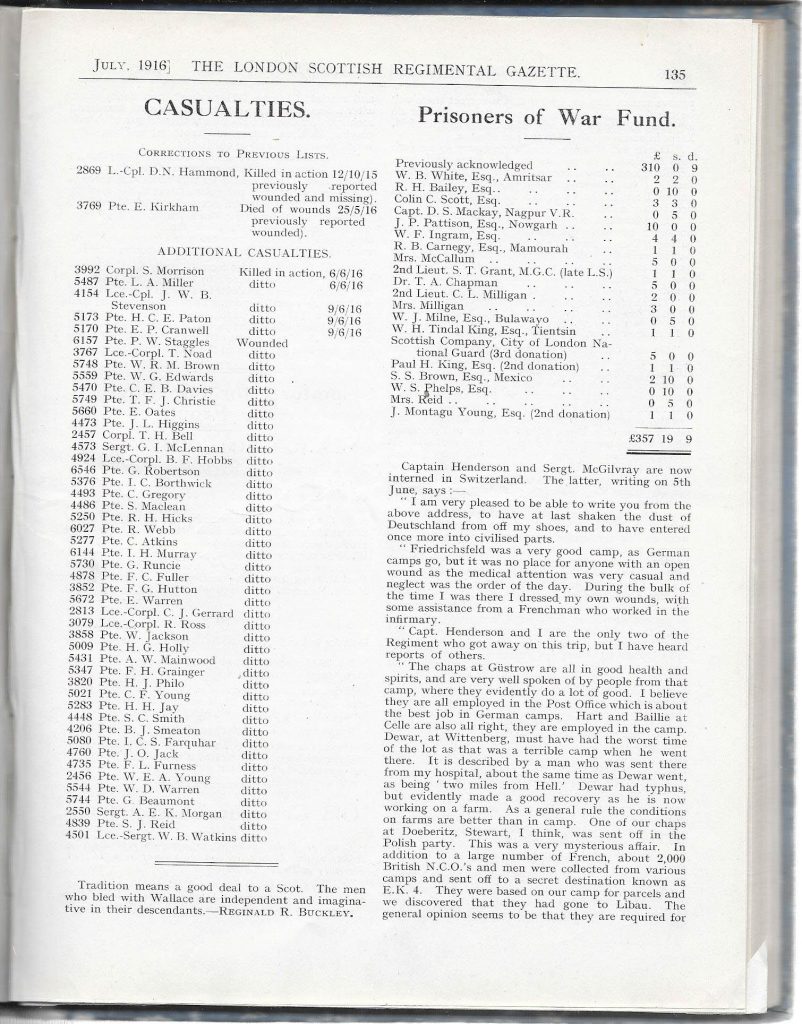 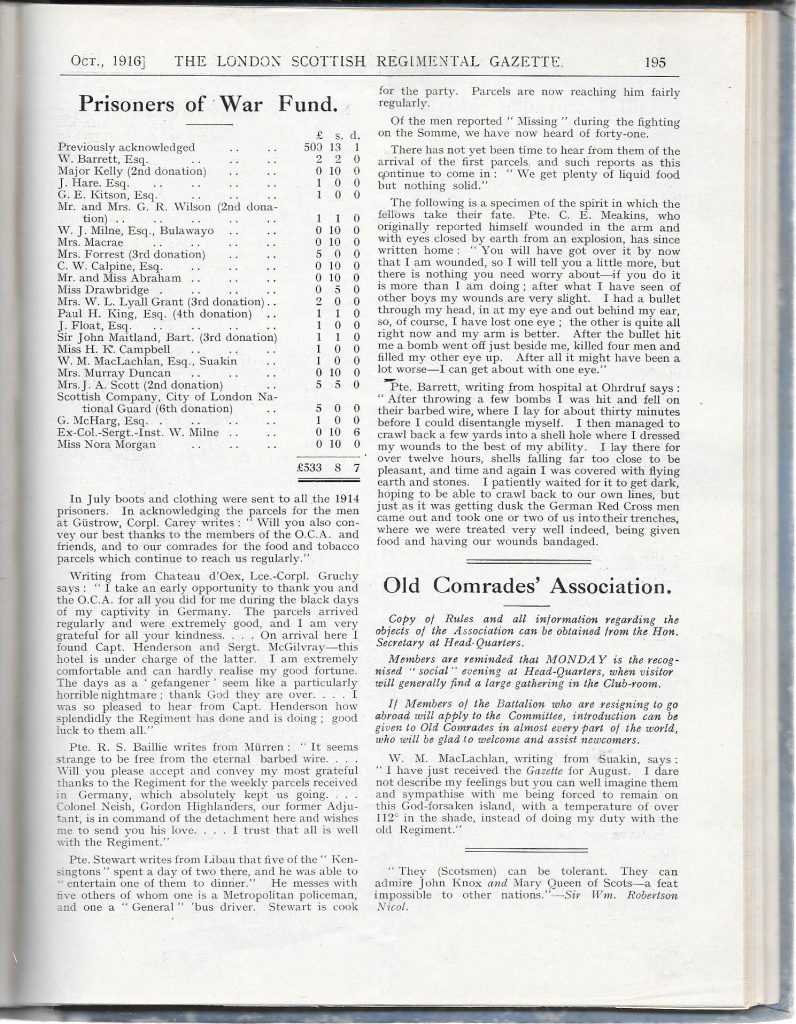 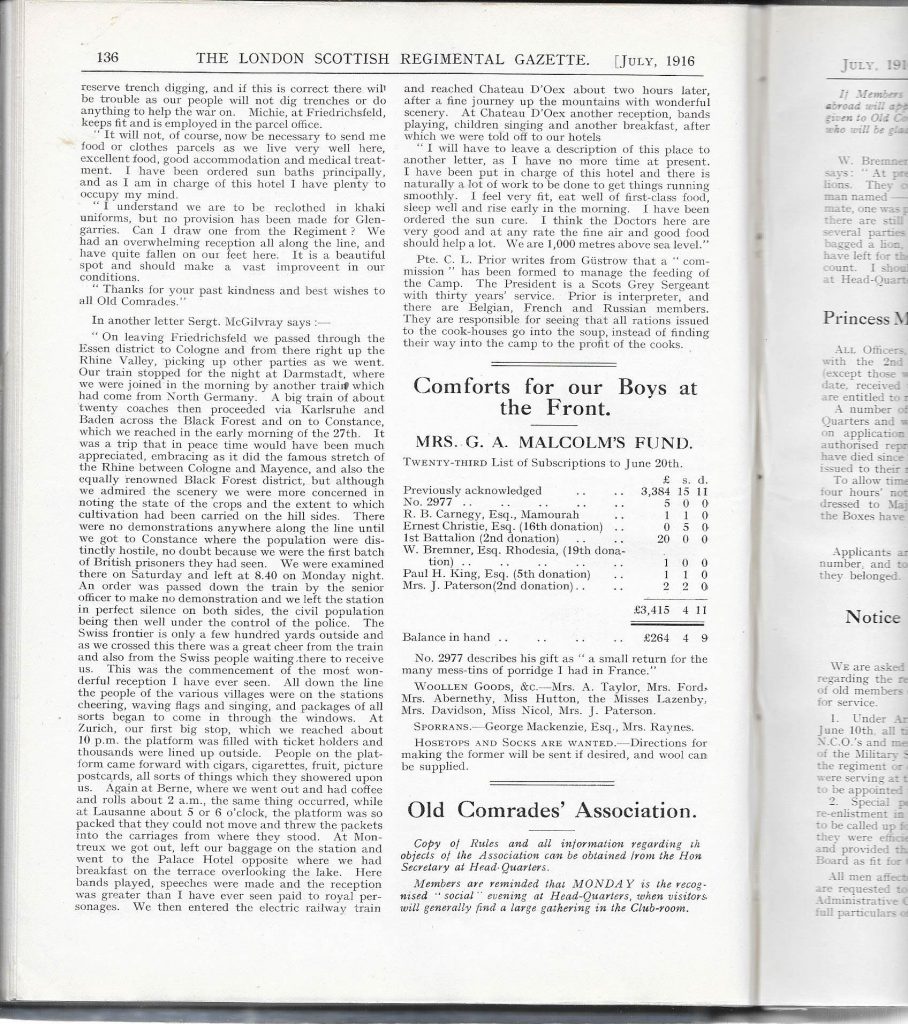