“Although he was a professional painter who exhibited widely at the principal public art institutions, little is known or recorded of Greville Irwin’s life. He was born in 1893 or 1894 and studied art in Paris at the Académie Julian and later in 1926 at the Academie des Beaux Arts in Brussels. He spent some time in Brittany before the Great War and although we are not aware of any war service his age would indicate that a spell in the trenches was highly likely. It is possible that he was in fact the Lieutenant H G W Irwin of the 2nd South Lancashires who was wounded by shrapnel and later taken prisoner at the Battle of Mons. A source describes his life as blighted by a war wound in the spine that left him paralysed for the rest of his life.

In the interwar years his career blossomed and despite his disability he painted and exhibited prolifically, successfully showing at the Royal Academy, the Royal Glasgow Institute, the New English Art Club and both the Royal Institutes but principally, 86 works, at the Royal Society of British Artists where he was an elected member. His exhibited works were testament to his travels, scenes of Mevagissey and Polperro in Cornwall, Concarneau in Brittany and of course Paris and London abounded. He developed, possibly as an ex-military man, a speciality for recording historical martial events. Events covered included most of the significant Royal occasions of the 1930s from the funeral of Admiral Earl Beatty to the King’s Silver Jubilee of 1935.

His depiction of these occasions provide a deliciously atmospheric snapshot of the pomp and ceremony of each event. Much like his contemporary Paul Maze he seems to have been granted ringside access to each procession and perfectly captures candid off duty moments amongst the participants.

Irwin lived variously in Ewell in Surrey, London and Leamington Spa where he was seconded to the local camouflage unit in Warwickshire during the Second World War. Throughout his career he spent sporadic intervals at the artists’ colony in St Ives where he took a studio finally in 1946. It was here, tragically, a year later that Irwin took his own life after a bout of depression.”

Taken from Panter and Hall, (artworks installations and sales)

Extract from the Battle of Solesmes September 1914:

Throughout the 24th and 25th August, in gruelling heat and along roads encumbered with transport and refugees, the soldiers of the 2nd Battalion marched slowly southward, not understanding this retirement when they had succeeded so well in beating off the onslaught of an enemy far superior in numbers and artillery. On these days the Battalion had the honour of covering the withdrawal of the 7th Infantry Brigade, which had been detailed as rearguard to the 3rd Division, and right well it carried out its task; notably at Solesmes on the evening of 25th August, when, in conjunction with the 1st Bn. The Wiltshire Regiment, the German pursuit, on this part of the front, was brought to a standstill.

On 26th August the memorable’ Battle of Le Cateau was fought, the Battalion, now very weak and exhausted, holding a position just north of the village of Caudry. From early in the morning until about 5 p.m. the Companies gallantly maintained their positions intact, stubbornly withdrawing about that hour in accordance with orders issued by General Sir Horace Smith-Dorrien, the Commander of the II Corps. The Germans, largely owing to the determined resistance offered by small detachments of all regiments whom the order to retire did not reach, did not pursue with energy, and the bulk of the II Corps got clear away. As regards the 2nd Battalion it is of interest to note that R.S.M. T. V. Roberts rejoined the Battalion at Chartres’ on 5th September with 140 stragglers, many of whom had become separated after Mons, but nevertheless had taken their share in beating off attempts at pursuit by the German cavalry, a tribute to the tenacity and staunch fighting qualities of the British soldier, and his skill at arms.

As a result of the fighting at Mons and Solesmes the Battalion, as is inevitable during a retreat, became scattered, and consequently accurate information became scarcer and scarcer. The transport got separated, nearly falling a prey to the pursuing German cavalry; it was rescued from this fate, however, by the initiative and energy of Lieutenant Sidney Boast, the Quartermaster, who collected, under heavy fire, the personnel and vehicles and got them safely away without any casualties. Meantime the greater portion of the unit had been collected in Caudry, but it was nearly daylight before all the companies were in and there was little rest for anyone that night, as the enemy troops were close on their heels.

On 27th August and subsequent days the retreat continued with few halts and practically no sleep for the plodding infantry. The enemy was always close at hand, but he now had a profound respect for our marksmanship and training, and advanced warily.

On the 29th the Commanding Officer, Lieutenant-Colonel C. Wanliss, was placed on the sick list, and Major G. C. Ashworth assumed command. Two days later Coyolles, south of the River Aisne, was reached, the Battalion on that date mustering 14 officers and about 400 men, or about half its original strength. The machine guns lost at Mons had not yet been replaced : in fact, the unit was not re-equipped with these weapons until 22nd September, and the absence of this additional fire-power was felt in all the engagements up to that date.

For the first few days in September the march southward was continued, the Battalion reaching Chartres, a small village south of the Forest of Crecy, about 9 a.m. on the 5th, having walked all night. Here Captain F. M. Colville and 85 other ranks, ” first reinforcements,” joined from the base, and Lieutenant R. C. F. Salter returned from duty with the 3rd Divisional Cyclist Company, and, as related already, R.S.M. Roberts also reached the Battalion with the men he had collected; these small parties were a welcome addition to the depleted ranks.

By 5th September the whole B.E.F. was south of the River South-east of Paris, in the district where the retreat of the B.E.F. finally ended.

Marne, having marched, and fought, with scarcely a halt, for thirteen days over a distance of at least 200 miles. Short of food and sleep, their ranks full of reservists and constantly confronted with superior numbers of a formidable enemy, these incomparable troops were never demoralized, but were eager to turn and resume the offensive when the order came.

During the retreat the Battalion took part in two general actions besides several smaller affairs, and lost 5 officers and 149 other ranks killed, with 7 officers and 301 other ranks wounded or missing, casualties greater than those suffered by it in the whole of the Peninsular War.

On 6th September, in conjunction with the French armies, the B.E.F. turned on its pursuers. The Germans recoiled before the combined onslaught and, contesting every yard of the way, were driven back to the line of the River Aisne in a series of operations now known as the Battle of the Marne, in which the Battalion carried out its allotted part, which was as related below.

On the day that the tide turned, the Battalion left Chartres at 5 a.m. and marched in a north-easterly direction through the Forest of Crecy. Contact with the enemy was established about 8.30 a.m., but the artillery of the advanced guard of the 3rd Division quickly subdued the resistance of the German rearguards, and by 6.30 p.m. the head of the Division had reached Faremoutiers. Here a temporary halt was called, and the Battalion was ordered to find outposts to cover the 7th Infantry Brigade. In moving forward to the positions selected, the companies had a brush with some German picquets which were unexpectedly encountered, and suffered a number of casualties, Lieutenant W. J. Hadfield being wounded.

During the night the 1st Wiltshires forced the passage of the Grand Morin and seized the heights of Le Chamois, about a mile north of the river. At 5 a.m. on the 7th the Battalion, as advanced guard to the 7th Brigade, moved forward to support the Wiltshires through thickly wooded country, where it was engaged by detachments of the Guard Cavalry Division, considerable fighting taking place during the rest of the day. At 4 p.m. the Battalion was withdrawn and went into bivouac for the night.

Early on the 8th the march was resumed towards Rebais. On every side there was now evidence that the Germans had sustained considerable losses, as many of their dead and wounded were found on the roadside, and in the farms and villages. There was also proof that the enemy were demoralized, judging by the quantities of equipment that littered the countryside in addition to the number of empty wine bottles that lay on every side. These signs and portents, coupled with the arrival of the ” first reinforcements,” put new heart into the men, who trudged cheerfully forward, elated at the thought that now they were the pursuers.

The following morning the Marne was successfully crossed, but the Battalion was not engaged, nor on the next day, when it was advanced guard to the 7th Infantry Brigade. All along the line the enemy was disengaging his forces, and the British air reports showed that his columns were in full retreat towards the River Aisne.

On 10th, 11th and 12th September the pursuit continued, but now the enemy was no longer in close contact, and the march of the infantry was undisturbed, except by the congestion on the roads, and by heavy rain which drenched the men to the skin. 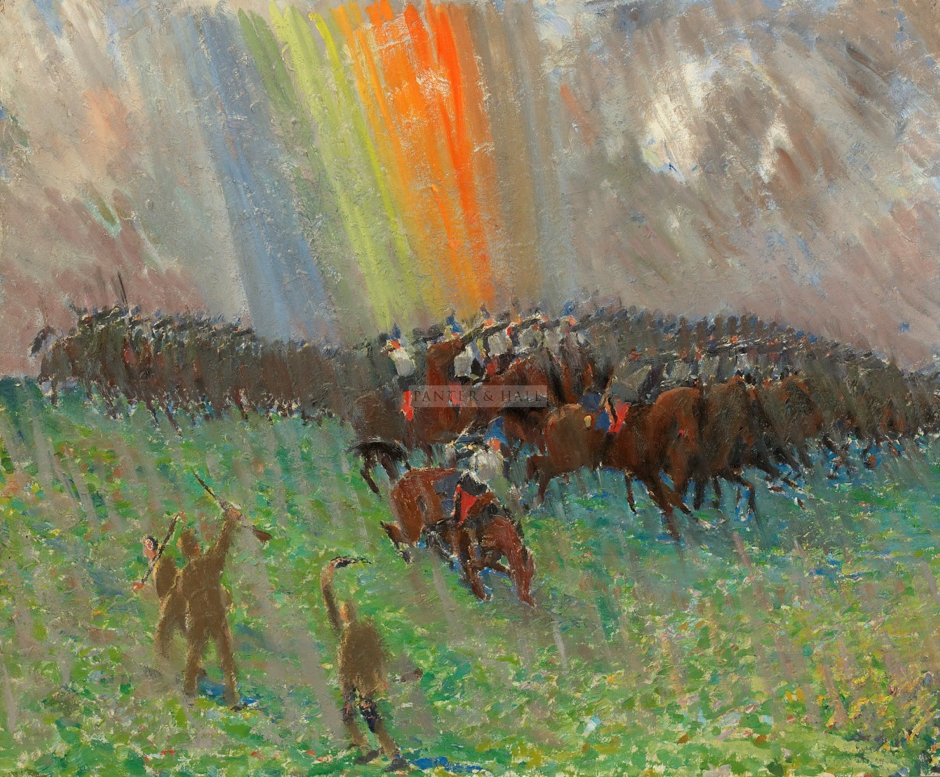 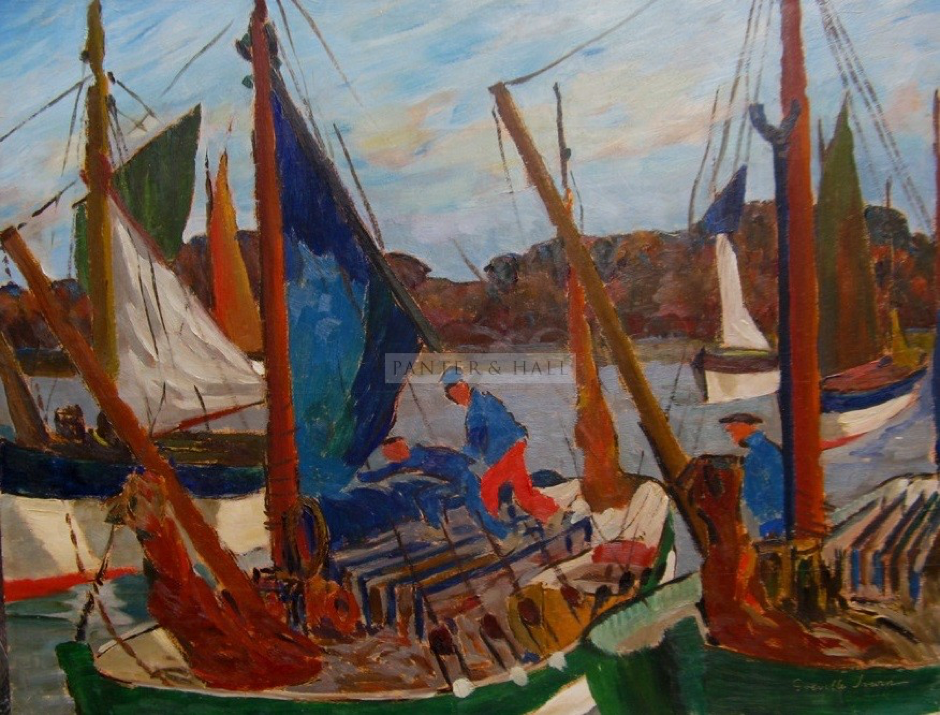 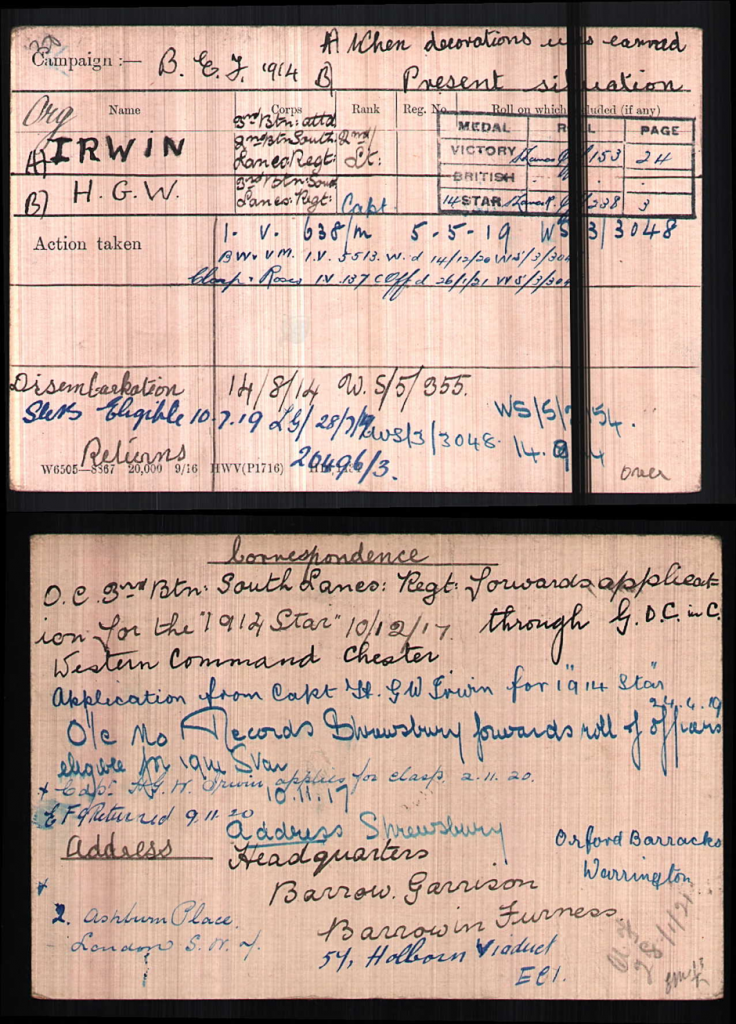 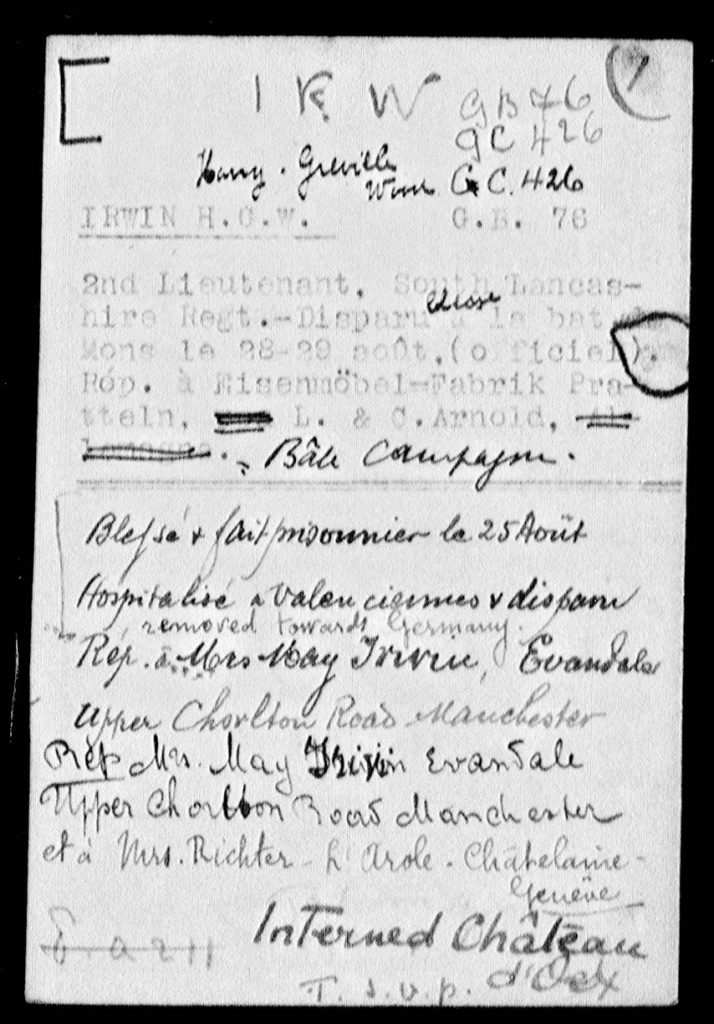 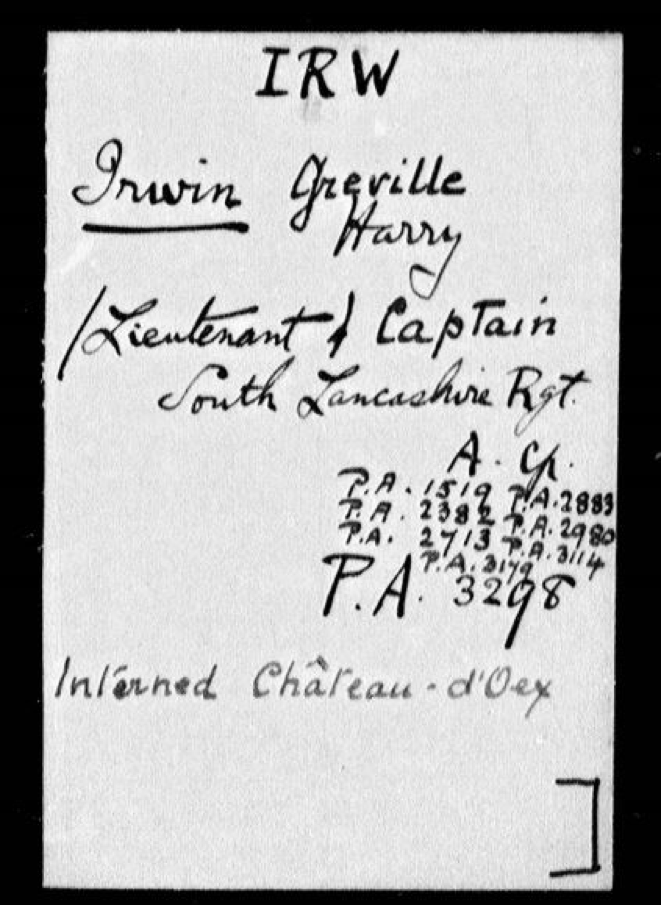 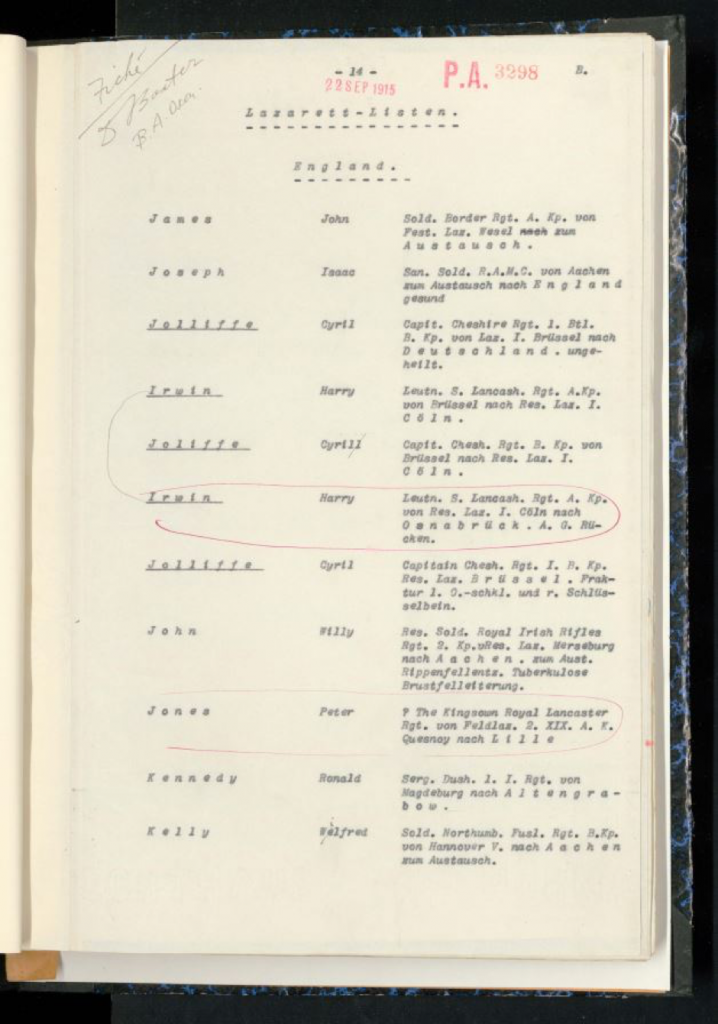 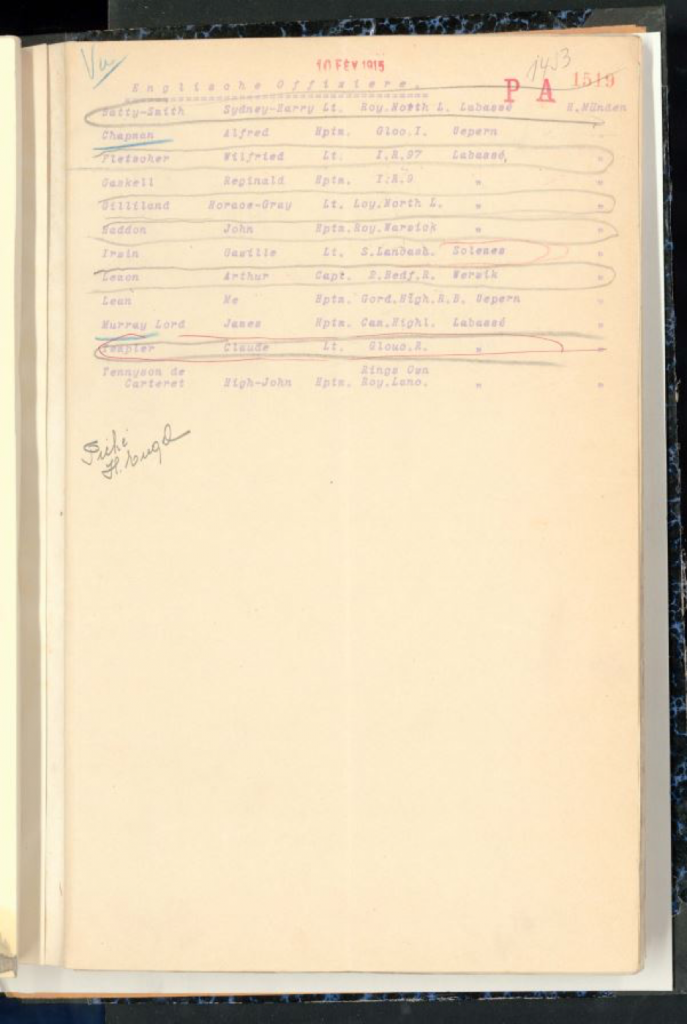 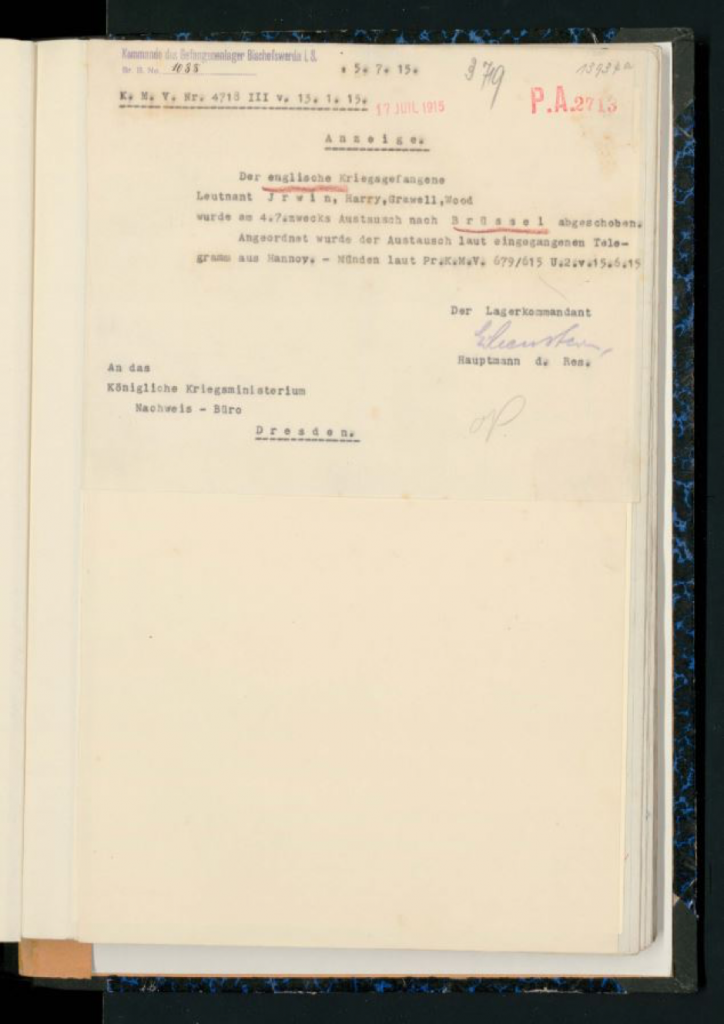 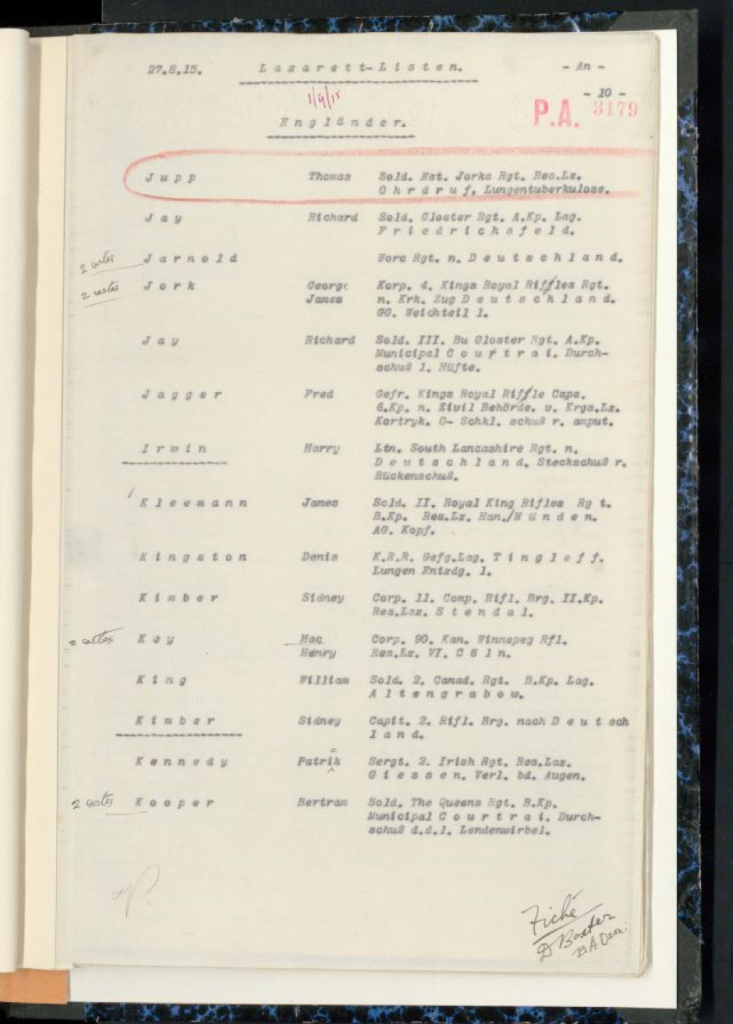 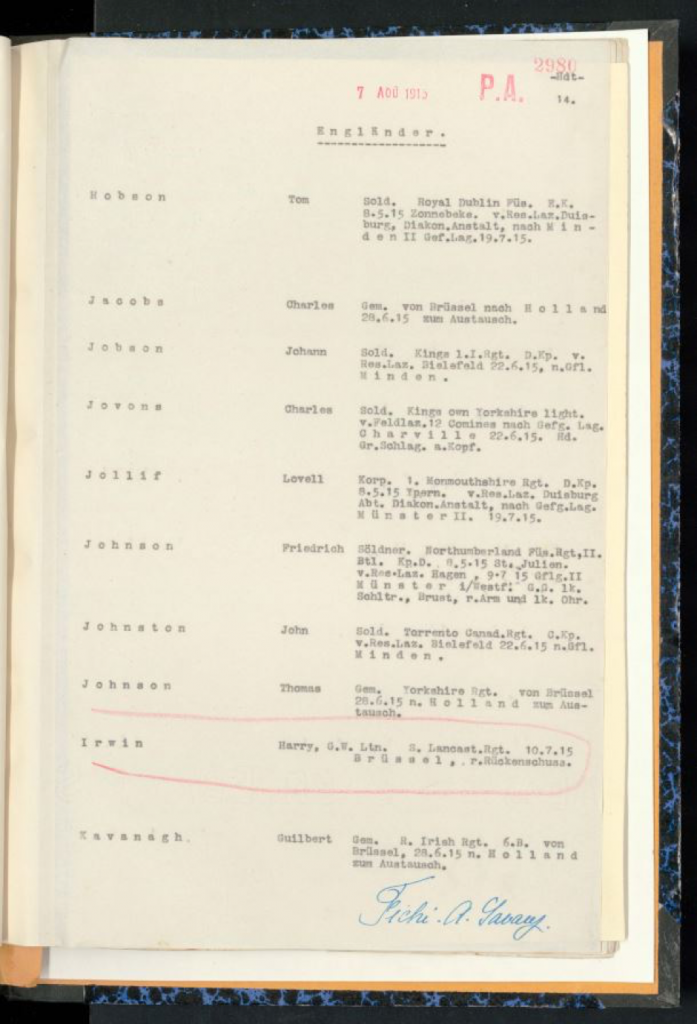 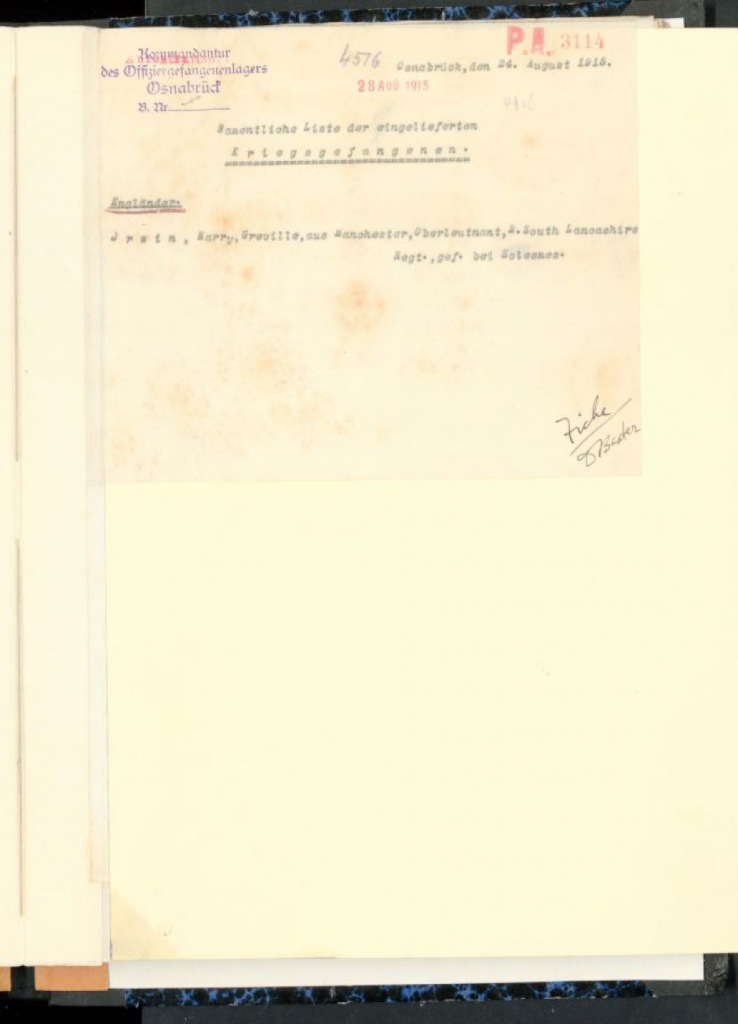